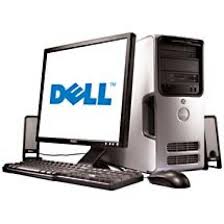 A number of people using Dell PCs have been contacted by scammers claiming to be Dell Tech Support who had PC-specific data that only Dell could have had.

Every Dell PC sold has a unique service tag number, which the CyberCriminals have gotten somehow.

Dell posted a warning in October about this phone scam, but did not mention a service tag number hack.  Dell apparently does not know what is going on, and is “investigating”.

People are receiving phone calls reporting to be from “Dell Tech Support”.  They have all the correct personal information, including your name, contact numbers, emails, and address, including the computer-specific service tag number, and any ‘ticket’ numbers assigned to any phone calls you made to Dell support, including the issue that the phone calls were about.

They try to manipulate people into downloading software onto their computer that will give the fake “support” access to their computer.  They will not “fix” anything, but you will receive a huge credit card invoice, and may have ransomware infecting your computer.

In a 10ZenMunkeys’ blog post published Jan. 4/16, the author reported he had been contacted by CyberCriminals who knew of every problem the author had ever called Dell about.  None of the problems had ever been discussed in public forums, leading the author to share the suspicion that proprietary Dell data had somehow been breached.  The author reports that the CyberCriminals instructed to enter their domain name into the author’s “Run window”, which would have re-directed to a site to download software to allow remote access to their computer.

There are several other Dell customer complaints regarding the same type of scenarios.

If you receive a phone call reporting to be tech support (from ANY company), and they request you to confirm personal/payment information, or to grant them access to your computer —

Delete any email they might send you with similar claims.

ONLY give out personal information, if you have initiated the call, and looked up the main company number yourself on the company’s main website.

Check out our “Email Red Flags”  for what to watch for in suspicious emails.