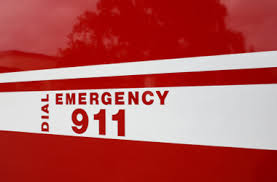 Currently, residents of Ohio are being ‘beta tested‘ by CyberCriminals for an email scam.

Once they’re done with Ohio, you know it’s going to quickly spread throughout the U.S. and Canada, so here’s your heads-up.

Alert Your Friends, Family, Neighbors, and Colleagues About This Scam…

People are receiving phone calls and emails from a fake 911 emergency number.  The message states, that unless you call the Attorney General’s Office, at the supplied phone number (which is fake) and pay a fine, or be arrested shortly.

*  DO NOT phone the ‘Attorney General’s Office’ number that they supply.

*  DO NOT click on any supplied links in the emails.

*  DO NOT comply with the demands for money through the phone or email messages,

even if it appears legitimate.

911 does not send phone or email messages like this.

Now, scams that trick people into paying money isn’t new.  However, the ‘sophistication’ of this scam would be impressive, if it wan’t so evil.

The Office of the Attorney General in Ohio has received complaints since the beginning of March, regarding these scam phone calls/emails.

How To Protect Yourself From Phone Scams:

This information applies to emails as well.