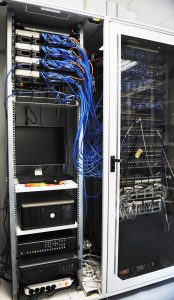 Why Replace An Old Server?

This is one question we get a LOT.  If an old server is doing the job, clients often wonder why they should bother replacing it.

Servers generally don’t last longer than 3 years.  This is due to many factors within the server.

Operating System (OS):  The older the OS, the less likely it is still going to be ‘protected’ (receive security updates from the manufacturer).  Still running Server 2003?  It’s already expired.  OSs expire or get old, and are more vulnerable to exploitation by CyberCriminals, and are more at risk for loss of data and/or information, identity theft, etc.

Hard Drive:  Hard drives will fail, on average, after 3 years.  Sometimes sooner, sometimes a little later, but it will happen.  AND, when it does, your company will shut down completely until the server is rebuilt and restored from a backup (that assuming you have a good backup…).

Replacement Parts:  After 3 years, manufacturers are busy pushing the newer models, so parts become harder to find, and the likelihood of a major catastrophe increases immensely.

Once a server is running at 70% capacity or more (in plain language:  it’s basically 70% full when all operations are running), it slows down immensely.  And a funny thing about performance that we’ve noticed:  Unlike vehicles, and appliances, people tend to accept poor performance and slowness from their computer.  After a while, they don’t even realize that are doing it.

How many of you start up your computer, or open a file, and start doing something else because it takes so long?  If you do, you’re not alone.  Many people do just this, and think nothing of it.  Consider the loss of productivity this is costing you & your company.

Lots of potential for fails after 3 years.  What would a server failure cost your business, and how quickly could you recover?

We often notice people replace their vehicles far more often than their servers and other technical equipment.  A new truck runs upwards of $50,000++.  A new server:  a few thousand.  Is the new truck making you money?  Your server is your business’ lifeblood, and without it you may not be able to afford the payments on that shiny new truck.

Make it a priority to replace your server.  Your business depends on it.