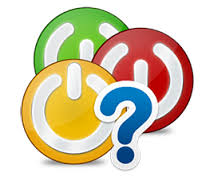 In this age of thinking “green” and power-saving, there is a constant debate about whether it’s better for your computer (and the environment, not to mention your bank account) to shutdown your computer, or just let it go into “sleep” mode.

I’m going to put that debate to bed, so to speak.

The argument for shutdown:  You’ll save energy, money, and the environment.

The argument for sleep:  You’ll save energy, wear-and-tear on your computer, and time. 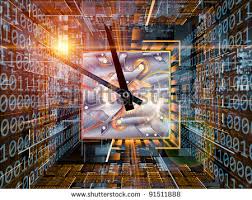 I run a relatively high-end computer (Computer-Geek, and all that).

Shutting down is relatively quick, but booting up is painfully slow.  Keep in mind, this is what I refer to as a “true” boot-up time-the time from when I press the power button to when I’m at a usable desktop (where you can actually click on things and get a response). 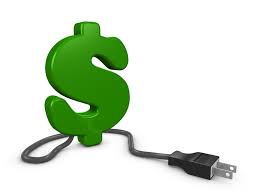 As long as your system BIOS supports the S3 ACPI (Advanced Configuration and Power Interface) mode, and most computers do, then leaving your computer in sleep mode is not running up your power bill.  The S1 mode leaves the CPU and RAM powered up, the S3 mode powers the CPU and RAM down.  You can check and change your BIOS sleep state, if you want your computer to draw less power.

My high-end computer uses approximately 120-130 watts just sitting at the desktop (not including the 2 monitors I run), and uses 1 watt when shut down (most computers still draw a very small amount of power, even when off, so they can turn on when you push the power button).  In sleep mode, my computer draws 5 watts.  That’s a difference of 4 watts of power, between shutdown and sleep.  Not a huge difference.

Suppose your computer system is turned off 16 hours/day.  The 4 watts difference works out to 1.92 killowatt-hours (kWh) per month.  According to National Resources Canada in April 2014, the average residential electricity price in Canada (including taxes) was 13.272 cents/kWh.  So keeping your computer in sleep mode would cost you 25.5 cents per month more than it would to shut your computer down.  The average Canadian home uses 955.8kWh monthly, so 16 hours of sleep mode per day would be a 0.21% increase in monthly power use.  Of course, some computers use a little more power in sleep mode, but it’s almost always under 10W.

You can find more information on how to change the function of your computer’s power button here.  You probably don’t want hibernate mode, as this dumps the contents of your PC’s RAM to the hard disk and then powers off your PC, so you can resume right where you left off (with programs open, etc.).  With the large amount of RAM in today’s systems, this process can be pretty slow. 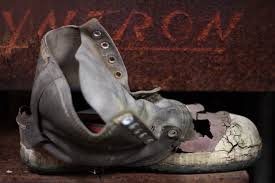 Computers that are in sleep mode use minimal power to keep only essential components operating in low-power mode.  The major remaining power consuming parts are the RAM, CPU and motherboard; all run in dramatically reduced power consumption states while in sleep mode.  They both have just enough power to keep the OS stored in the RAM.  The sleep state hardly uses the CPU and RAM, which causes them to produce next to no heat or part attrition.  The motherboard is also powered just enough to check for any use of the keyboard, mouse, touch pad, or power button to wake the system from sleep mode.

In sleep mode, the computer turns off components like the graphics card, network adapter, hard drives, and optical drives.  The parts are turned ‘off’ to a state similar to as if the computer was shut down.  The sleep state also prevents the computer from being attacked by hackers and network-related malware, the same way a shut down computer does. 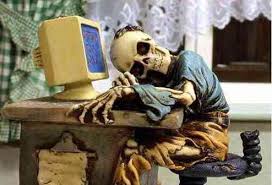 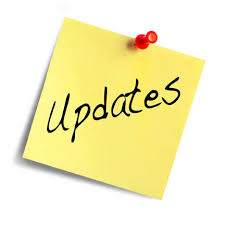